Bulgarian woman is nominated for the Woman of Europe Award for 2019! 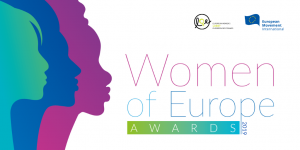 Milena Kadieva, founder of the GAF Foundation and an international human rights advocate, is among the three finalists for the 2019 “Women of Europe” award in the “Woman in Action” category.
The European Movement International and the European Women's Lobby will host the fourth edition of the Women of Europe Awards. 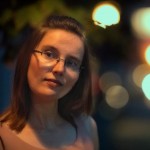 “It is such an honour to be actively involved with the Women of Europe Awards, whose jury I have chaired since 2017. The awards help shed a light on the successful women who are shaping our society with their achievements, passion and ideas.

We should never underestimate the power and influence that women can have in bringing about positive change in politics, in economics, and in our society at large. However, our work is far from finished,” said Eva Maydell, MEP and President of the European Movement International.

The Women of Europe Awards are presented in four categories:
A WOMAN WITH POLITICAL POWER - Demonstrating exceptional political leadership in Europe
WOMAN OF ACTION - to take extraordinary action to protect rights at a basic level in Europe. In this category of lawyers. Milena Kadieva is among the final three nominees selected from a total of 15 proposals.
WOMAN IN BUSINESS - to promote European integration with an entrepreneurial spirit.
WOMAN IN YOUTH ACTIVISM - For women ages 15 to 30, boosting the voices of young women in Europe.

The ceremony will also feature young eco-activist Greta Thunberg, who is among the final nominations and a major favorite for receiving the award in the WOMEN IN YOUTH ACTIVISM category for 2019 Awards.

The Women of Europe Awards are handed out annually to honour and celebrate women striving to advance the European project in their professional or private capacity. In Europe, the role of women remains largely unrecognised and still needs to be supported, highlighted and increasingly recognised. As such, the awards showcase vital contributions of women and seek to increase women’s presence and involvement in shaping Europe and its future.

Milena Kadieva has been invited and will attend the awards ceremony in Brussels. Expect details!