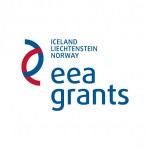 Domestic violence is a widespread problem in Bulgaria. In 2012, the GAF experts consulted 202 persons, while in 2013 their number was 208.

This negative phenomenon mainly affects women, the elderly and young people (who are target groups of the project). It affects their right to life, bodily, mental and emotional integrity; they suffer discrimination and are denied equal treatment.

Project’s Goal: raising awareness among the target groups and protecting their fundamental rights. For this aim, the project will provide legal assistance to 200 persons; it will help for the initiation of 30 legal cases on national, regional and international levels; we will organize interactive information sessions with the participation of 120 victims of domestic violence; two seminars for exchange of experience and three trainings for social workers; two discussions with students from Plovdiv University are also envisaged.

Two coordination meetings of the project’s team - experts from GAF, AAF and external experts. The meetings will be held in the 1st (November 2014) and the 7th months (May 2015) of the project.

Legal consultations to victims of domestic violence will be provided three times a week for three hours by three lawyers. The timeframe of the consultations is within the first 14 months of the project (November 2014 - December 2015). Consultations will happen in the Foundation’s office.

The activity includes provision of legal representation of victims of domestic violence at national, regional and international courts. It will be implemented within the first 14 months of the project (November 2014 - December 2015) by six lawyers from the GAF.

GAF psychologists and external experts will lead interactive informational sessions with victims of domestic violence in order to support the most pressing issues affecting them. Sessions will be 4 hours long, 8 times a month. It will be implemented within the first 14 months of the project (November 2014 - December 2015), in the office of GAF in Plovdiv.

5. Seminars for Exchange of Good Practices

Two seminars for exchange of good practices are to be organized and conducted. Invitations for participation will be sent to judges, prosecutors, police officers, lawyers, social workers, psychologists and NGO representatives from the region of Plovdiv. The participants will discuss actions and cases concerning the implementation of national and international legislations for protection of victims of domestic violence.  The events are planned to take place in the 4th and 11th months (February and September 2015) of the project in the cities of Plovdiv and Hissar.

Three trainings for social workers are provided under the project. They aim at developing the knowledge and skills of social workers on how to recognize domestic violence. Focus is put on communication techniques which would prevent victims’ re-traumatization. In line with that, social workers will learn how to proceed with a particular case in accordance with the relevant legislation. The first and second trainings will be held in Plovdiv in the 3rd and the 6th months (January and April 2015) of the project. The third training is planned for the 9th month (July 2015) in the Training center of Animus Association Foundation in Sofia.

Two discussions with students in Law, Psychology and Social Activities from Plovdiv University are to be held within the framework of the project. They will be organized in the 5th and 8th months (March 2015 and June 2015) of the project. Each discussion will last 4 hours.

Three press conferences (in the 1st, 6th and 14th months of the project - in November 2014, April and December 2015) will be organized. The first will announce the launch of the project. The second is for information and publicity on the activities carried out. The third will present the project results and will evaluate its implementation.

External monitoring on the project’s implementation will be carried out by an expert of the Bulgarian Red Cross - Plovdiv.

The team of Gender Alternatives Foundation