Summarized data about our team’s activity in March 2012

Read more: Summarized data about our team’s activity in March 2012

On the occasion of the beginning of GAF’s independent activity, the managing director of the organization – Milena Kadieva was invited as a guest in the TV program “TODAY” on NBT. 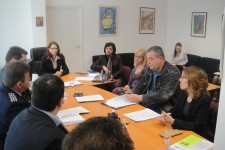 The new four-year contract for social peace and security has been presented and signed in the Western district city-hall by stakeholders engaged in crime protection and prevention. Representatives from the Western District municipality, police, municipal security, local schools, and civil society were invited to take part in the Contract. The managing director of the GAF was also part of the initiative.

Activities focused on crime prevention are indispensable in order to guarantee security and peace for the citizens of Plovdiv.

To this end Municipality of Plovdiv has formed a working group to elaborate an Agenda 2012 as a part of the whole crime prevention strategy.

The managing director of the GAF was invited to take part in the working group. 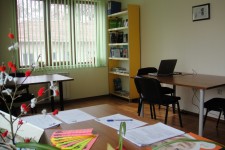 On the 15th of March 2012, the Gender Alternatives Foundation officially announced the start of their activities in support of persons whose human rights have been violated.

The start was given in the Consultative Centre for prevention and protection of victims of domestic violence and discrimination in the presence of journalists from local media.

The managing director of the Foundation - Milena Kadieva presented her team. It consists of 6 lawyers, 2 psychologists, 2 philologists and a social worker. The provision of free of charge social services for victims of domestic violence and discrimination was also a central topic of interest to the media representatives. The team expressed their happiness and enthusiasm to work in favour of people in need. They talked about their everyday work, the coordination of actions with state institutions and shared data on the level of violence in the community.